Home ＞ Greeting from the President

Greeting from the President

From “vertical” to “horizontal”, from “internal” to “external” 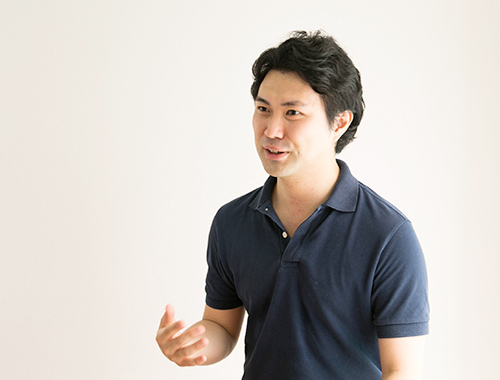 Japan has few natural resources. Human capital and technology, together with a unique culture, form the basis for Japan’s international competitiveness. I believe that today, just as in the past, this remains our starting point. However, the economic model characterised by “building better, building cheaper” that led to Japan’s present economic success has been challenged by China, Brazil and India. Furthermore, despite the now declining population, it remains necessary to sustain the employment of tens of millions of people.

What can Japan do?

ZESDA supports a change in business style through emphasising a shift from “vertical” to “horizontal”, and “internal” to “external”. In addition, the actions of the “producers” who are able actualise this change will revitalise the society of our country, and should be considered the key to Japanese industry remaining competitive in the international economy.

From “vertical” to “horizontal”

In order for Japan’s advantages to be used effectively in the competitive international market we need innovation that can open up new markets (new forms of doing business). However, even though 30 years have passed since the end of Japan’s high-growth era, the typical vertical structure of Japanese enterprises remains the norm. There are few companies that are able to focus on international expansion or innovation when domestically they are faced with strong competition from rival firms or poor relations with their parent companies. We cannot deny the fact that many operate in dying industries or survive only though subsidies.

Furthermore, it is already widely accepted that “horizontal” relationships between a variety of businesses and fields are necessary for innovation. Both the government and large firms are attempting to develop opportunities for “matching” in order to increase business diversity. However, it appears that these efforts have yet to show any major success.

Even if we have the “opportunity”, we lack the “individuals” who are able to connect people from across different industries in order to develop valuable new business models. The problem is the lack of “producers”, who are able to cross between different industries, minimise the risks and costs associated with innovation, and lead this necessary process of trial and error.

This is where ZESDA aims to support leadership that possesses diverse talents (multi-literate) and operates across many fields of business. In other words, ZEDA is supporting “producership”.

From “internal” to “external”

Historically the Japanese economy has been sustained by large, internationally competitive domestic firms like the automotive industry, and a strong internal demand supported by a substantial middle class. However, due to competition on both quality and cost-performance, it has become increasingly challenging for such firms to survive and remain competitive. Furthermore, the structures of Japanese society are undergoing major changes due to a declining national population, increasing income inequality, the diversification of values, and an ageing society.

On the other hand, the rapid development of emerging economies, notable in Asia and Latin America, is indeed impressive. International investment already compromises the majority of Japan’s GDP.

Nonetheless, we also need to emphasise the importance of maintaining domestic employment in Japan. This is critical to maintaining living standards across the country. Surely to achieve this we need to develop “Japanese Innovation” that can lead the global economy and sell products to international rather than domestic markets. In order to achieve this, we need to develop a diverse strategy that focuses on high value-added goods or services above standard consumer products. The Japanese brand itself remains strong so, as many have emphasised, there remains a lot of room for Japan to increase its national wealth by focusing on international markets.

In other words, ZESDA aims to revitalise districts across Japan through “Glocalisation” (global × local). This will be achieved through producers.

Until now businessmen and entrepreneurs working internationally and locally have had few opportunities to create connections or interact with one another. As a result, there has not been a systematic provision of opportunities for discussions that might create new business ideas or chances to establish value chains between local businesses and international markets. ZESDA will expand horizons for Japanese industry by matching youthful flexibility and IT knowledge with the experience of veteran businessmen:

Without being confined to the vertical or internal, and possessing the ability to look horizontally and externally towards the future ――― that is the core of what we mean by “producership”. Innovation and international expansion are, in the end, realised by “individuals”. People can change greatly through meeting others. When you meet someone unlike anyone you have met before and realise you can support each other. When you think of new ways to utilise a system or organisation that had previously been an obstacle. When you realise the full potential of your experiences and abilities. At these times you will find the motivation to move forward.

We continue to work towards creating a society where producers from across different areas, fields of business, and organisations can work together without being limited by existing conventions or structures.

So, together with ZESDA, would you like to become a new Japanese “producer”?